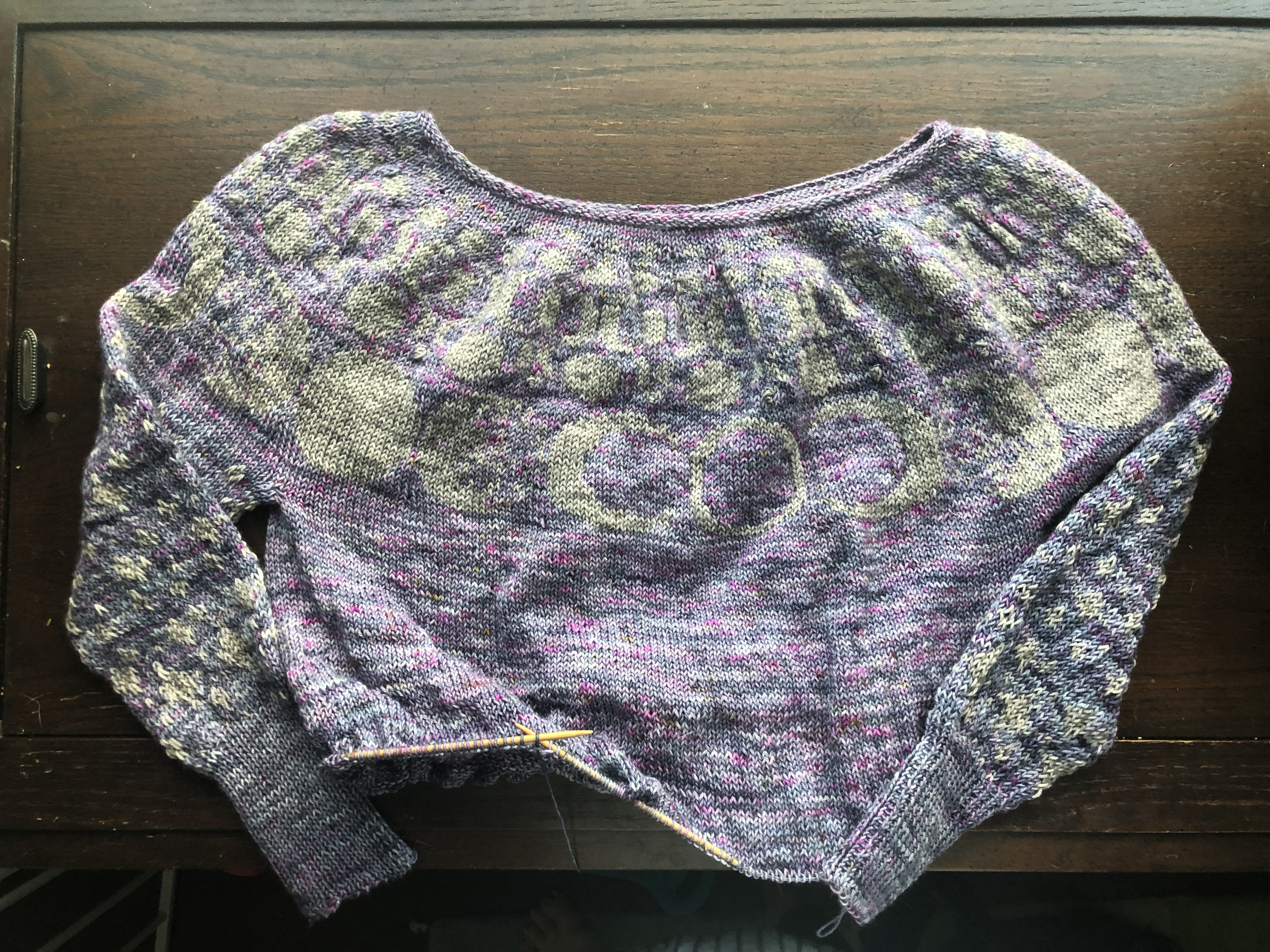 Well good morning everyone and hello new readers! When Sarah Instagrammed the sweater I knit in her Less Traveled yarn, I had no idea how much traffic would result. Then the spam comments started popping up, and I realized there had to be a fair number of real eyeballs out there too. So I guess the spammers are good for something!

Perhaps a small introduction is in order.  I’m Allison, and I live in Phoenix where I knit, complain about the heat, and wrangle a baby and some small fuzzies.  Occasionally I also teach knitting, test knit, try other crafts, and travel.  I started test knitting a few years ago, and at the end of last year, Sarah of Traveling Yarn asked me to do a sample knit of the Red Moon Sweater using some of her yarn.  I leapt at the chance and then was immediately petrified.  Since Peanut’s arrival I have traded my natural perfectionism for “eh, they’re not a knitter, they’ll never notice,” and here I was about to make something that would be seen by knitters, who would notice, and at Vogue Knitting Live no less.

Unfortunately, now that it’s done I have absolutely no idea what to do with myself. 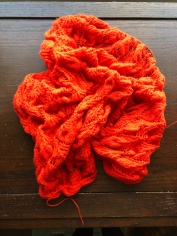 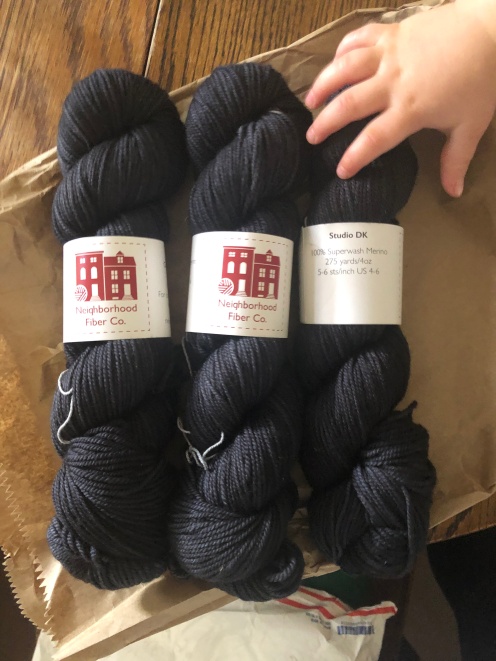 I mean, options are not the issue.  I have tons of options.  I just don’t know what to choose.  There is my From Another Place pullover, which would continue the colorwork trend, and which I might be able to eke one (late night, outdoor) wearing out of before winter slips away.  There is my oldest UFO, the Fantoosh! shawl, which is so much more fun to work now that I have a needle that is suitably long and pointy.  Then there is some yummy squishy Neighborhood Fiber Co. Studio DK that I bought to make The Mermaid Crop Top, so it would be both fresh and new and a fast project.  And if none of these suit, I have the stash, overflowing with yarns earmarked for hats, pullovers, and everything in between.

So tell me, readers, what project should I knit next?

7 responses to “What Next?”