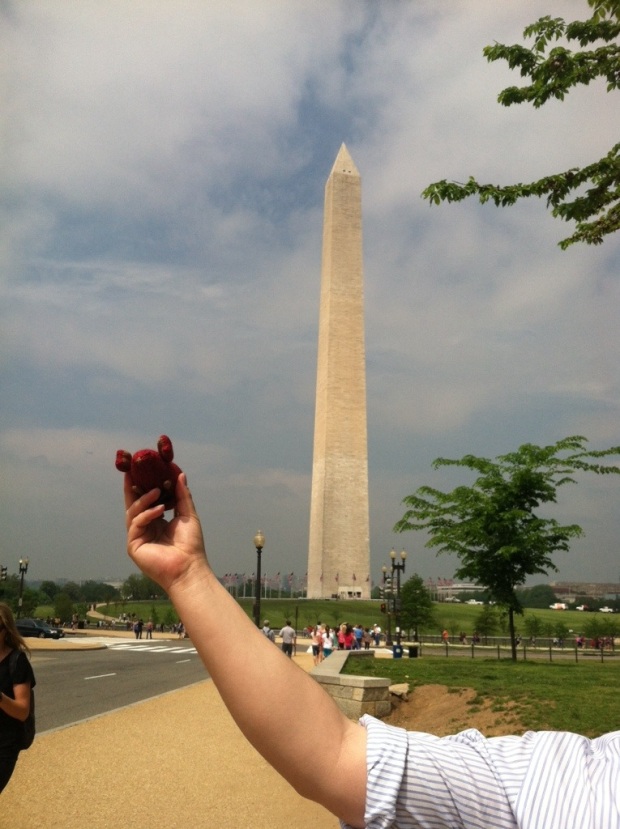 Hello there! I am sorry to say that I do not have a good segue from silence to vacation, so let’s just drop in.

I am not quite sure what to say about Washington DC. This is my first time, so I am still in staggering around in tourist mode. It is nowhere near as clean as the DC depicted in Captain America, but I am in awe of the sheer volume of history in the city.

In particular, I was entranced by the way the city is so visibly a story that keeps looping back on itself. The city’s builders erected monuments to our nation’s founders and tipped their hats to statesmen and sculptors of Rome and Greece. Later citizens had to choose who would be immortalized in the same pantheon, and even later some black granite joined the white marble in tribute.

Off the mall, in the museums, the collections go back to the start of the United States too. There, however, there is even more opportunity to resort the detritus of our history and reinterpret what it means. I saw this in both the Smithsonian Castle’s “Relics, Keepsakes, and Curios” collection and the Library of Congress’ “Early Americas” exhibit.

In “Relics,” the resorting was deliberate: putting the funny little oddments that helped start off the museum’s collections in the context of 18th and 19th century curio collecting. I was quite pleased with how well the exhibit highlighted the personal nature of many of these things–broken china and bits of hair–as well as their place in national or international events.

In Early Americas, the reinterpretation was more subtle: we visitors were presented with elite goods from Classic Maya and Aztec cultures upon entry, giving viewers a chance to understand that these were complex cultures before the Spaniards arrived. Then, we were presented with Contact, not Conquest. The wording of all the text was careful, deliberate, and overall did a much better job of presenting both Spaniards and Americans as actors in this nasty bit of history, but… Contact. It sounds like some Aztecs and Cortés just happened to bump into one another on the street one day in Tenochtitlán.

We can keep retelling some pieces of history forever, but that will never make them right.

Given enough time, I would have seen every single museum and every single monument, and you would be guaranteed a much longer digression from knitterly topics. But we are now on the train north, and I’m knitting and thinking of the old with the new, and stories retold over, and over, and over.

4 thoughts on “Mousie Goes to Washington”