Mousie, Shop on the High Street

A knit tag, discovered en route to my beloved Konditor and Cook. 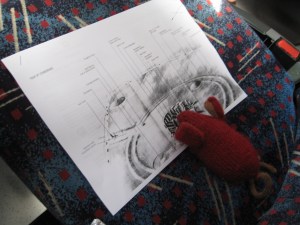 We took some day trips over the last weekend, complete with handouts containing background info and thinking questions.

You would not believe how hard it was to get a picture that would let me pretend I was alone in the middle of nowhere without a concession stand or car park in sight.

I nearly added Mousie to the load while doing laundry in a rush–luckily, I spotted her as I was adding detergent and a little rinsing in the sink and drying under the window put her to rights. Had I not gotten her out, it would have been disastrous on two counts–Mousie is not at all superwash, and the load in question was my whites. 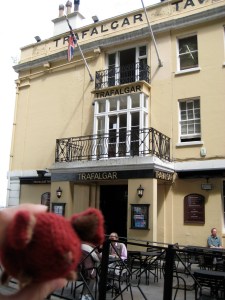 Dickens frequented this tavern. They also have fantastic Welsh rarebit (or rabbit).

The garden behind Shakespeare’s birthplace in Stratford-Upon-Avon 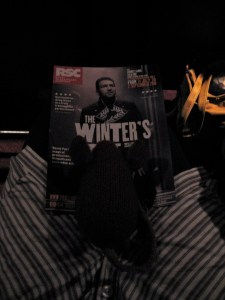 More Shakespeare–if you can get to a good performance, be assured it will blow the printed version out of the water.